Cowick Street is frankly the wrong side of the river. I used to live in Farm Hill many years ago and although the views were lovely, the overriding sense that I had was that it wasn’t on the right side.  Is there a right and wrong side? If so, what makes it right and/or wrong? Such great philosophical debates are not in the realms of a humble food blog, but for Exonians this can be a hot debate which can lead to fist fights, riots and fiercely worded letters to the Express & Echo.

But a little sojourn to the ‘other side’ led to me finally paying a visit to a hotly anticipated little cafe in Cowick Street which has brought a touch of classy coffee culture to a part of Exeter which is quite underrated.  They serve Origin Coffee, there is art festooned across the wall, they serve Black Forest Gateau flavoured Latte’s, they stock Joel Segal second hand and out of print books amongst other things, and their Rocky Road slabs are simply divine.  And and and…They do a gluten free breakfast as well, which for those who are gluten intolerant is a minor-godsend especially when most places tend to casually ignore those who have special dietary needs.

Cafe At 36 displays well deserved awards and accolades on their window, and it is well deserved.  Food is sourced locally where possible with their bread coming from the glorious banks of the River Teign from Shaldon Bakery, meats from Courtenays (the local butcher) owned by Burrow Farm, eggs from Exe Valley Eggs, and fruit and veg from Milfords (a local Exeter business) to name a few.  They serve, as said, Origin Coffee which is roasted in Cornwall and are a growing number of cafes in Exeter that serve coffee from this responsibly sourced and local-ish business (Artigiano in the High Street, Exeter Phoenix and Darkhorse Espresso in Magdalen Road are a few that come to mind).   I love a place that goes out to prove how good they are to the world and normally a place that has the amount of awards as Cafe At 36 have are one of those places.  Not only coming Bronze in their category in the Taste Of The West awards they have been nominated for the Echo Local Business awards for two categories, and for that we wish them the best of luck.  And we wish them lots of luck in the Taste Of The West awards this year too 🙂

Cowick Street is a strange part of Exeter, with its own vibrance and feeling.  Some parts of St Thomas are not as afluent and attractive as other parts of Exeter, but Cowick Street itself is very underrated.  Quite a few independent shops, charity shops and yes, a Tesco Metro has appeared at the other end of the street, but this is fended off by the bastion of smaller local shops which still gives me hope that Exeter can soon lose that ‘clone city’ label which it has had for years.  Cafe At 36 blends nicely in to the indie surroundings, it doesn’t stick out like a sore thumb and it does provide a haven with good coffee from the mania of shopping.  John and Sue who own and run the cafe are active twitter users, and are one of only a few cafes that have really ‘got’ Twitter, actively taking part on @Devon_Hour and @Exeter _Hour.  They are pleasant in person, and online as well as the service was friendly and welcoming.

With all indie cafes and restaurants, they need supporting more than these big ‘ol clones.  They are on the Cafe Culture Exeter Trails leaflet so visit them, say hello and enjoy their Rocky Road. Or their breakfasts. Or both.

Founding Editor of Dining Devon, Food Tribe contributor and lover of all things cheese. Chris has been eating food for as long as he can remember. Professionally Chris is a qualified library and information professional with over twenty years in the sector. He has experience of content creation and makes a mean cup of tea. View all posts by Chris 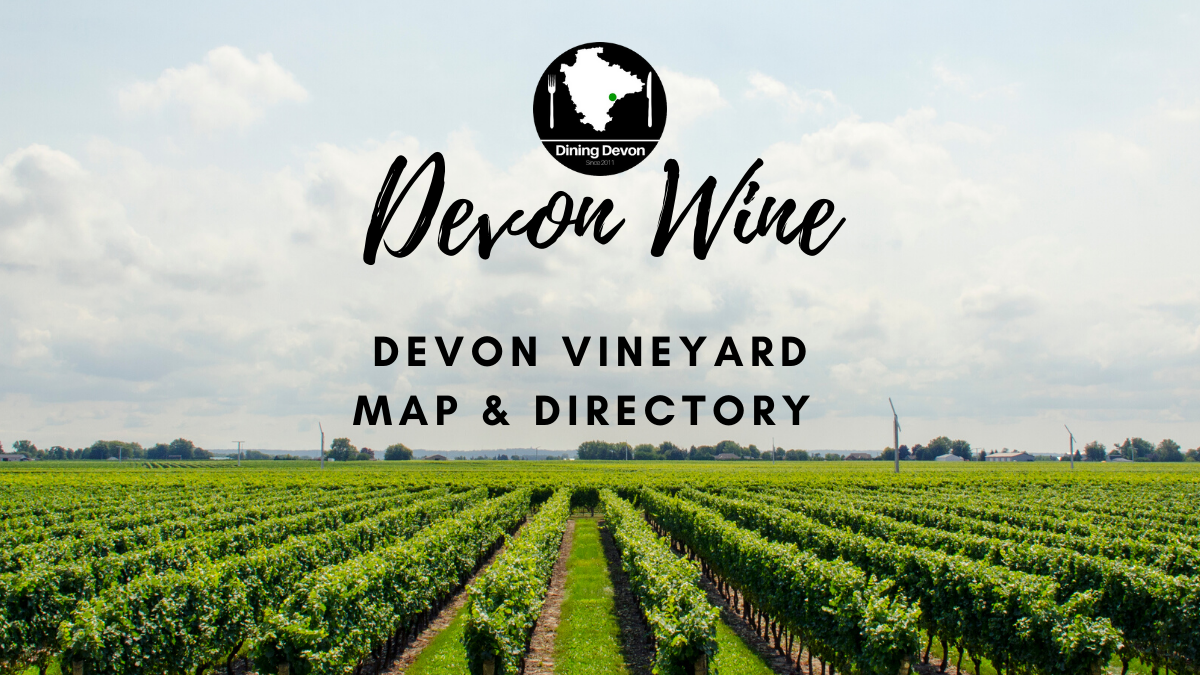 ⚠️#ad⚠️
Do you like my #Easter bouquet? #WildGarlic.... gorgeous stuff, free food, nature's bounty, easily identifiable... funny to think it's considered a weed (for those who have it in their gardens as it can take over). In season from approx March to May, the leaves and flowers are edible. Great for anything and everything, flowers look gorgeous in a salad, chop the leaves up and cook it like spinach, or chuck it in anything.
#ad This is a @hubbox_ burger. However you might notice the funky plate it is presented on. This is #hbxathome ordered via the cycling food phenomenon that is @deliveroo - you can sit at home and order your restaurant favourites from the comfort of your own armchair.
One month to go til, what we're calling, #AlfrescoApril (all being well). We're 'hungry' to drink & dine out, gathering safely with family or friends over some nosh or a pint. We've rounded up some #Devon venues whose outside space will be open from 12th April.
#gift Yesterday we received a beautiful present. A care package after our (CG) hellish week after the explosion which caused us much destruction and displacement.
Calling all Devon #cafes and #restaurants! ⚠️ @hungrymnds is looking for food businesses who want to help this fantastic charity de-stigmatise #food aid provision and reinvest the food aid pound back into the local economy. Founder Olivia Palmer has written a guest post on the blog, it's live now! Please spread the word. Link in the bio.
Tomorrow is #pancakeday and we have a special treat with this flipping egg-cellent pancake recipe from our very own blogger and award winning home cook @sue_stoneman - these pancakes are ready for a whole variety of toppings and variations. Link in the bio. Happy Pancaking!
#HappyValentinesDay